It was her first time trying on the hijab. Her palms sweated as her stomach churned. She loosely wrapped the clothing of fabric around her head, tilted her neck as she glared into the mirror one more time before stepping out. This was day one of entering out into the world in a hijab.

She wasn't really all that knowledgeable about the religious head covering or the Islamic clothing and guidelines that followed it, all she knew was that she wanted to take that one step towards God. That one step towards her Creator. And in her heart, this was one of the biggest battles and journeys she would ever embark on.

As soon as she was excited, as soon as she posted a picture announcing her new journey, as soon as she stepped out into the public domain with millions of other 'hijabis' surrounding her, comments about how improper her hijab was started flooding her ears. Jokes and subtle jabs about her choice of clothing started weighing heavy on her spirit. Harsh judgement that elicited comments like 'what's the point of wearing a hijab' or 'you might as well take it off' penetrated themselves into her heart. And all of a sudden, this beautiful journey to God stopped seeming so beautiful. All of a sudden, this journey was no longer about Him now, but them.

"All of a sudden, this journey was no longer about Him now, but them."

This narrative is one that resonates with many of us Muslim women. On a day-to-day basis, at least one of us either in person, but more frequently online, hear people throw around the comment "that's not hijab." Okay, granted Islam outlines what constitutes as a hijab in the Quran. But many of us are not perfect whatsoever. And many of us, due to our own individual level of faith or circumstances, simply try our best to observe the hijab. And sometimes, that doesn't fit yours, his, or the online troll's description of what modesty is. And while that it super important to note, can we also take a step back and acknowledge the bigger picture here?

Now, more than ever, women who visibly identify as Muslim or are wearing traditional Islamic clothing in public, are being attacked. They're being bullied, harassed, thrown into train tracks and oncoming traffic. They're being targeted, criticized, and even attempted to be burned alive. Don't believe me? Check it out here.

However, one thing is undoubtedly clear. That in today's time wearing a hijab is no longer just an act of submission. It's an act of courage. It's an act of strength and even rebellion. Muslim women are single-handedly fighting battles with nothing but a scarf around their heads, that many others couldn't even combat with swords, arms and gears by their sides.

"Muslim women are single-handedly fighting battles with nothing but a scarf around their heads, that many others couldn't even combat with swords, arms and gears by their sides."

And while we're being attacked from all corners of the world because of what we choose to embrace outwardly, the last thing we need is for our own Muslim community to dismiss our efforts. So when you see a Muslim woman and she's covered but not to your liking, it's easy to throw out a 'that's not hijab' comment. But you know what's more helpful? Praying for her. Advising her privately with caution and care. And asking God to grant this young lady a journey that is self-enlightening, spiritually-fulfilling, self-reflecting and one that is so inspirational that she inspires coming generations of women to embrace their faith on their heads and bodies with pride. 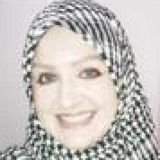 One small edit. “Now, more than ever, woman who visibly identify as Muslim or are wearing traditional Islamic clothing in public, are being attacked…” here woman should me “women.” ;-) 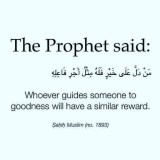 Such a beautiful and true message. May Allah bless all sisters who are wearing the hijab to please Allah. May Allah make it easy for them.